Centrifuge had Panrol in a spin, until they settled for Korvest.

When it comes to centrifuge, Sydneysiders’ snide jokes about Adelaide’s colloquial status as ‘the nation’s punchline’ quickly take a back seat.

Just ask one of their own, Mark Pittendrigh.

He’s the Sales and Marketing Manager at Sydney-based Pandrol Australia, a leading company in the design, manufacture and supply of rail fastening systems to the Australian, New Zealand and Asian markets.

And on the back of a Perth company recently declaring it sent all its mild steel to Adelaide-based Korvest Galvanisers almost 2,800 kilometres away as they’re ‘the closest quality hot dip galvanisers’, Mark is quick to tell you Korvest are simply the best in the business.

That’s precisely why Pandrol has been happy to shift all its centrifuge requirements, for components such as base plates and shoulders, as well as some of their cups, across the Hay Plains to Adelaide, for more than two decades.

“As centrifuge – or spin – galvanising can be an intricate procedure, process control is something we at Pandrol deem to be mandatory,” Mark explained.

“It is vital that the process is meticulously controlled to ensure there is no excess galvanising on the surface and that the finish is crisp and refined. So when we purchased Adelaide-based Safelock back in 1990 and moved the operations to Sydney, we knew their centrifuge work was done by Korvest Galvanisers and thought it best to find a Korvest clone in Sydney.”

As Mark recalled, that was easier said than done. The search for a one-stop peace-of-mind solution, with consistent quality finishes proved to be futile, forcing Pandrol to look south to Melbourne.

“We found a galvaniser down there and while things went swimmingly to start with, volume issues started to arise as we expanded into New Zealand and parts of Asia – and that’s when we took the somewhat unusual step of settling for a galvaniser some 1,400 kilometres away in Adelaide,” Mark continued.

Mark stressed that distance has not been a factor; rather he highlighted the peace of mind he experiences.

“Korvest Galvanisers happen to be a fair distance away but that’s more than compensated by the service they offer. Their attention to technical detail is second to none, they offer exceptionally reliable process control and their prices are among the keenest in the industry. What more could you want than a technically competent and price efficient supplier, who is consistently reliable and never drops the ball?” pondered Mark rhetorically.

Well, he soon learned there was more, in the form of Korvest Galvanisers’ executive team led by General Manager Steven Evans and Technical Manager Peter Freeth.

“Steven and Peter are great listeners, they take the time to understand our challenges and always seem to have an innovative solution to issues that occasionally arise,” Mark added.

“But best of all, they do what they say they’ll do – and you can’t put a price on that.

“And thanks to our open and hands-on business relationship, when challenges arise they’re attended to and resolved quickly and efficiently, mostly over the telephone. But if ever the need arises, they’re on the next flight to Sydney, no questions asked.

“That’s what I call a healthy business relationship – and that’s why we’re more than happy to have our primary centrifuge galvaniser sitting in a different state, more than 1,400 kilometres away.” 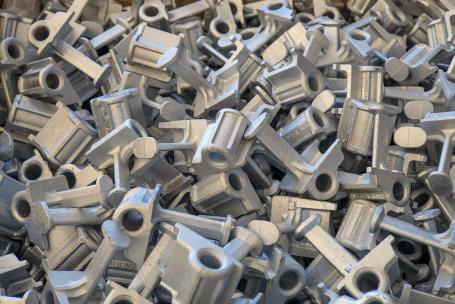